The  symbolic  heart of Southern  Dalmatia is undeniably  Dubrovnik. Monumentally beautiful, this walled  city is a masterpiece  of medieval fortifications  and preservation, a city of  polished marble streets jam-packed  with architectural splendor.

Dubrovnik  has new-found  fame by way of  popular culture, being  the location for King’s Landing  in the “Game of Thrones” series. It was also featured in the recent “Star Wars” movie—suddenly, all eyes are on Dubrovnik.

Dubrovnik is our home base for Southern Dalmatia tours, nestled in heavenly surroundings. The  70 kilometer stretch of the Pelješac peninsula is only an hour from Dubrovnik and has an otherworldly quality  to it. From the scenery to the food steeped in generations of tradition and hard work.

Three specialties  speak of the soul  of Pelješac: Wine, shellfish  and sea salt. Each has an epic history. The bounty of this region has drawn gourmands and epicures for centuries. Underground rivers flow into small bays making the quality of the sea  a perfect environment for farming mussels, oysters and shellfish—activities that date back to the Romans.

Some  of the oldest saltpans in the world are  still actively producing sea salt.  Salt was once a currency and had the  value of gold, hence the massive fortification  walls of Ston, the longest stone walls in Europe, second only to  China’s Great Wall.

And around the bend is one of the most scenic drives in Croatia—the entrance to the Empire of Wine and the home of the esteemed Plavac Mali grape. Some  of the most extreme winemaking conditions and hardy people devoted to their craft result in bold and significant Croatian wines. You’ll want to take home a suitcase full!

We  take  you up  close to  the people of  Pelješac, into their  family-run wineries, and  onto boats  with shellfish  farmers to slurp  oysters straight from  the sea. Magical Pelješac is truly spellbinding. 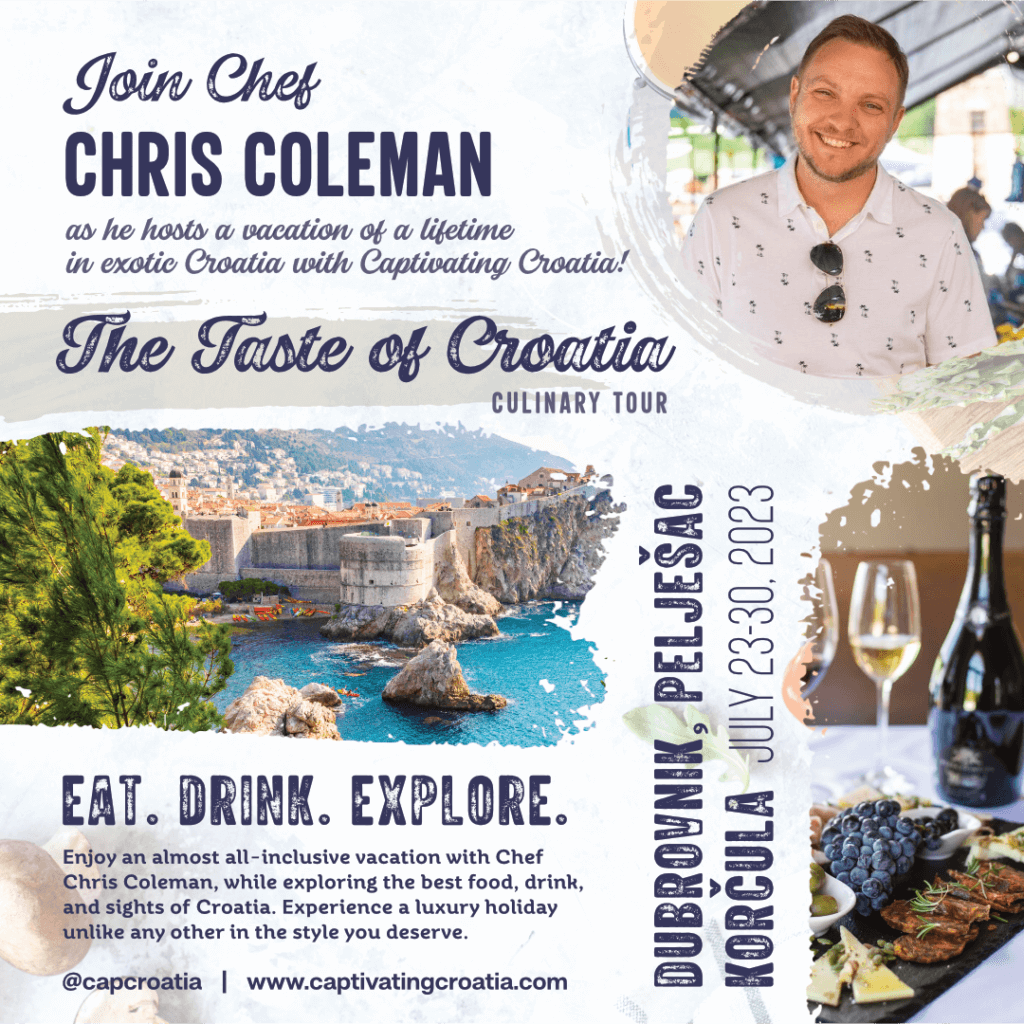